MIAMI, Fla., April 19, 2016— The Finker-Frenkel Family Foundation, a family-run charitable organization dedicated to creating a generational legacy of giving, gave young fan Sophia Victoria the opportunity to meet Dierks Bentley for an acoustic performance and lunch. While much of the Foundation’s philanthropy revolves around actively pursuing their mission of making a positive change in the world and the lives of others, in this case, the Foundation was presented with an unexpected opportunity aligning perfectly with its vision.

The Finker-Frenkel Family Foundation focuses much of their giving on child welfare and medical research. At Dierks Bentley’s Sound of Summer tour in Virginia Beach, Sophia Victoria, a young girl with cerebral palsy, held the country singer’s hand but could not capture the moment with a photo due to her condition. She turned to social media seeking photos that would help her remember the special moment in her life.

Sophia did not get a photo from that concert, but her request was answered by the Finker-Frenkels in the form of another meeting with Dierks Bentley and VIP tickets to the Nashville concert at Ascend Amphitheater. Sophia got her picture and the day of her dreams.

“I was planning a surprise birthday present for my wife to meet Dierks Bentley, when I came across Sophia’s story,” said Eugene Frenkel, Director of Finker-Frenkel Family Foundation. “Our Foundation supports the Dierks charity ‘Miles and Music’ benefitting Vanderbilt Children’s Hospital making it possible for kids to meet the performer. I reached out to Sophia’s mother and explained how although I could not help her find the photo, I can help her create a new one.”

Sophia managed to stand and raise her arm up high during the performance. “I managed to capture a photo of Sophia in this moment wearing her ‘Riser’ shirt, while Dierks Bentley sang ‘Riser,’” said Frenkel. “It was a special moment seeing this image.” 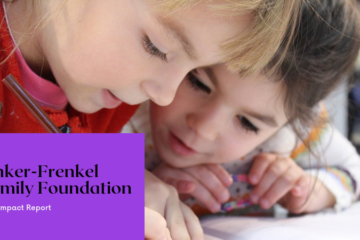