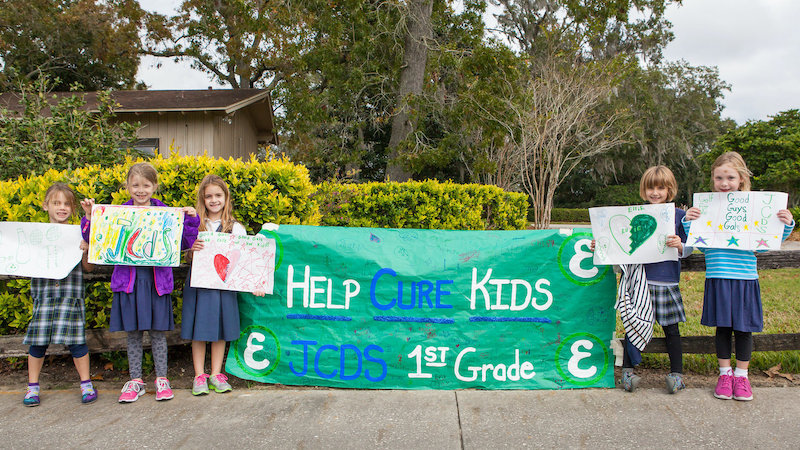 Golf Fights Cancer (GFC) is a nonprofit that uses the compassion of the golf community to raise funds for cancer research and families affected by the disease. Founded in 2004, GFC makes targeted donations to fund equipment, services and research that can have an immediate positive impact on those affected by cancer. Over the past 16 years, the organization has raised $9 million in service of this cause, providing grants to seventy different charities. The Finker-Frenkel Family Foundation is a proud supporter of GFC.

Ellie Kavalieros was a normal 10-year old girl when, in May 2010, she was diagnosed with Diffuse Intrinsic Pontine Glioma (DIPG), a rare and aggressive form of brain cancer. A bright student who loved Halloween and surfing and never passed up an opportunity to try a new kind of food, Ellie was full of life even as she fought the disease, which currently has no known cure.

While most patients diagnosed with DIPG live for just nine months, Ellie held on for 19 long months, during which time she helped raise more than $350,000 for DIPG research and participated in a vaccine trial that generated valuable data that’s currently being used to fight the disease. As one of the most aggressive forms of pediatric cancer, DIPG has just a 0.1% survival rate and is typically seen in children ages five to nine years old.

At the time of her diagnosis, Ellie’s mother, Lisa Kavalieros, was determined to find out as much about DIPG as she possibly could. Due to the placement of the tumor in Ellie’s brain, Lisa was shocked to learn that no biopsy could be performed. Unfortunately, DIPG typically occurs in the pons of the brainstem, which are the oldest and most primitive part of the brain which controls basic motor functions like breathing, swallowing, eye movement, heart rate and even consciousness.

But Ellie didn’t lose hope, even as the cancer deteriorated these critical functions. Just a week before her death, Ellie spent hours propped up in her family’s kitchen creating art with paint and a brush.

Ellie passed away on Christmas Day, 2011, but her memory is alive and well today thanks to her friends and family, who banded together with Golf Fights Cancer to carry out an annual golfing fundraising event in Ellie’s honor.

A nonprofit organization that raised more than $1.2 million dollars for cancer research in 2019, Golf Fights Cancer was created in 2004 after founders Brian Oates and Jay Monahan attended a funeral for a good friend lost to cancer. Avid golfers, the two knew the golf community could come together to make a difference – both by leveraging events like the The Good Guys Invitational, The Golf Marathon and even the Boston Marathon and throwing their own golf tournaments to raise money towards cancer-related causes.

Almost a decade after Ellie’s passing, hundreds of donations in her honor are still made to help progress DIPG research.  The 2019 golf event raised $130,000 which will go directly to fund DIPG research.  As partners of Golf Fights Cancer, the Finker-Frenkel Family Foundation has been a proud supporter of Ellie.org since 2013, and the donations made by the Foundation have gone directly to support DIPG research at the Children’s Hospital of Pittsburg Foundation and the Dana-Farber Cancer Foundation.

While Ellie was unable to get a biopsy when she was diagnosed in 2010, the research funded by these fundraisers have made it possible for DIPG brain tumors to be biopsied for the first time. This is only the beginning: with every dollar raised, the medical community gets closer to understanding and ultimately finding a cure for this unforgiving disease.

A longtime friend of the Finker Frenkel family, Lisa says she and her family have been overwhelmed by their friendship and kindness throughout the years.

“They have been incredibly supportive of our family, especially when our daughter was sick,” she said. “From attending the golf tournament year after year to showing up at other special family events, it’s amazing to know we can always count on the Finker Frenkel Family.”Learn more about Golf Fights Cancer at www.golffightscancer.org, and sign up to participate in The Good Guys Good Gals Invitational, which is currently scheduled for November 14, 2020. 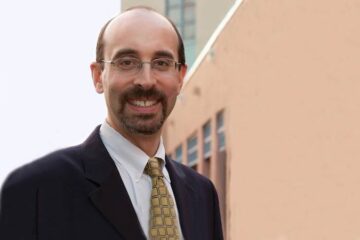 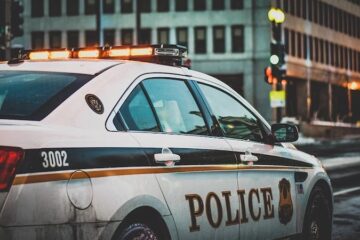 In early 2021, the Finker-Frenkel Family Foundation was proud to donate to AFNA on behalf of Dr. Lazar Finker’s late friend, Jerry Rinehart, an AFNA member and former DEA agent who passed away in November 2020 after a battle with brain cancer.